Mark Bernard, or Bernie to his friends, has always been a huge personality.   He was big in stature and had a warmth and kindness that people found magnetic. Mark cared deeply for his family and friends, but he cared about others too – the kind of pro-social and public-spirited person who would stop and talk to a stranger in the street. He had always been that way and had wanted to become a psychotherapist from the age of 12. 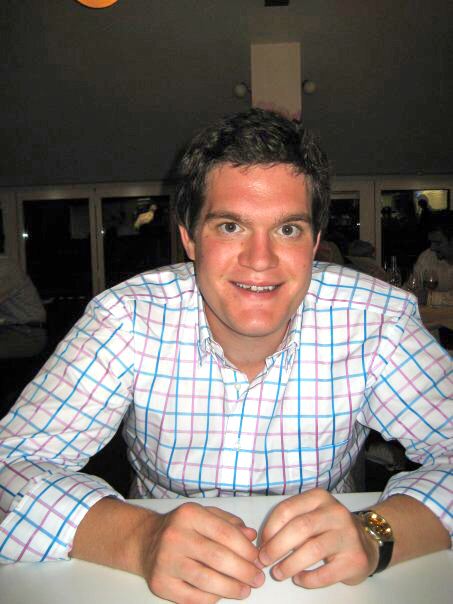 Mark fulfilled his dream and, after extensive training, worked first for the Somerset mental health team and then as Head of Student Mental Health at Bath University.

Early in 2016 Mark, his wife Toria and two young children, Bertie and Nellie, moved to Wellington in New Zealand to try life in her home country. Mark took up the post of Assistant Manager of Student Counselling at the Victoria University of Wellington and quickly became a vital part of their team.

In November 2016, while still settling down to life in New Zealand, Mark was diagnosed with terminal melanoma. He returned to the UK and after a nine month battle, showing remarkable strength and stoicism and the great humour that he was known for, he died in August 2017. He was 34 years old.

Through his working life Mark helped so many young people in need, with a particular concern for young men who, he felt, did not easily feel able to seek the help that they needed. He was continuously frustrated by the lack of funding for the counselling essential to people when they did seek help and witnessed the consequences of lengthy waiting lists that delayed treatment and contributed to people reaching crises that could have been avoided.

Bernie’s Vision aims to continue in a small way, the work Mark was so passionate about by funding frontline counselling services so desperately needed in a time of drastic underfunding.

All of the money we raise will be used to help people, particularly young men, who need counselling to move forward with their lives in a positive way and to support those who are affected by mental health issues in other ways.

Mark had a bright future ahead of him and he was dedicated to improving the chances of young people to have the same. Though he cannot continue that good work, through the fund in his name and through positive and celebratory happenings, we can!