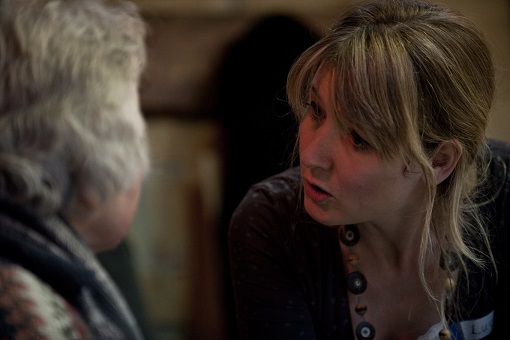 Active and In Touch were set up in 2011 in response to the number of people in and around Frome who were known to be suffering from social isolation and loneliness. There have been several studies over the past year highlighting the negative impact of loneliness on the health and well-being of individuals, and Active and In Touch provide a stepping stone out of isolation. The group has a network of volunteers who reach out to people and befriend them. It also runs weekly meetings for people to socialise with others, as well as other social trips and activities. The group received a grant of £4,500 from Somerset Community Foundation in March 2015 to sustain their charitable activities and extend their reach to more villages in the Frome area.

The change in the outlook and wellbeing of some of Active and In Touch’s beneficiaries thanks to the group’s work is astonishing. Connecting lonely and isolated people with a network of volunteers and support groups can stimulate a dramatic positive change in a relatively short space of time.

One case study from the programme seems to epitomise what the people behind Active and In Touch set out to do when they started the group. An elderly lady who resides in a village just outside Frome was referred to the group after a spell in hospital. She has lived alone since her husband passed away, and her remaining family live on the other side of the world. This lady was no longer able to drive, lacking in confidence and felt trapped in her home, with her only social interaction coming from infrequent visits from a neighbour.

Having spent Christmas 2015 alone and feeling very low, this lady was first visited by Active and In Touch in January 2016. Just 3 months later she is visited each week by her one-to-one befriender who takes her shopping, visits her at the weekend, invited her for lunch and taken her to an antiques fair. The same volunteer has also introduced the lady to Skype to help her stay in better contact with her children, grandchildren and great-grandchildren.

Another volunteer has been taking her to her hospital visits in Bath, which previously had been a source of great anxiety for her and a frightening experience on her own. She has been introduced to a support group for those who have lost their partners and is being connected with a hobby group in Frome, as she is interested in crafts.

The level of volunteer support this lady has received from Active and In Touch has transformed her life completely, and she has made many new friends as well. She is now looking to move into Frome so that she can enjoy even more opportunities to interact with others, and she says “I feel as though they have opened up my life again…I am thrilled”.

You can read more about Active & in Touch on their website here.