Most of Children’s World’s core funding - or general running costs - is accrued at Glastonbury Festival, where they run a charity bar and café on which they heavily rely to get them through each year. However, in 2016, due to extremely wet weather at the festival, the charity experienced an unprecedented reduction in earnings. The charity was forced to seriously reassess their future outgoings and the outcome was, sadly, that a key member of the team took voluntary redundancy. This meant that, although a permanent long-term saving, in the short term the redundancy impacted on their level of reserves.

A grant of £2,500 for core costs from Somerset Community Foundation meant that Children’s World could continue operating into 2017 and once again trade at Glastonbury Festival, which in turn meant they were able to raise revenue from their café and bar and continue to provide unique, educational, creative and social drama-based workshops to young people of all abilities.

Children’s World focuses on supporting special needs, but they also run integration workshops, bringing together both mainstream and special schools to work co-operatively on creative projects.  Successfully challenging important issues such as bullying, peer pressure and attitudes towards children who are differently abled or who may have special needs, can make a lasting difference to the lives of both the pupils and staff at schools.

Paddy Hill, Director at Children’s World, said: “Somerset Community Foundation’s funding provided a necessary contribution to our core costs and made it possible for us to finish the year with enough money in the bank to take us to Glastonbury Festival, where we raised crucial funds for the charity.” 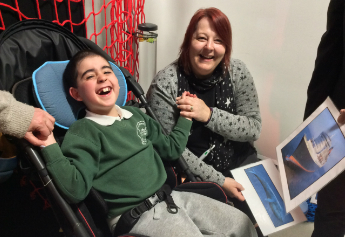 To find out more about the great work Children’s World do, visit their website here.