Mark Woodcock, manager at Taunton Open Door, a homeless day shelter, recently spoke at our Annual Celebration, where told us Graham’s story: how he became homeless and the many years of support the charity provided to help him move into independent living. 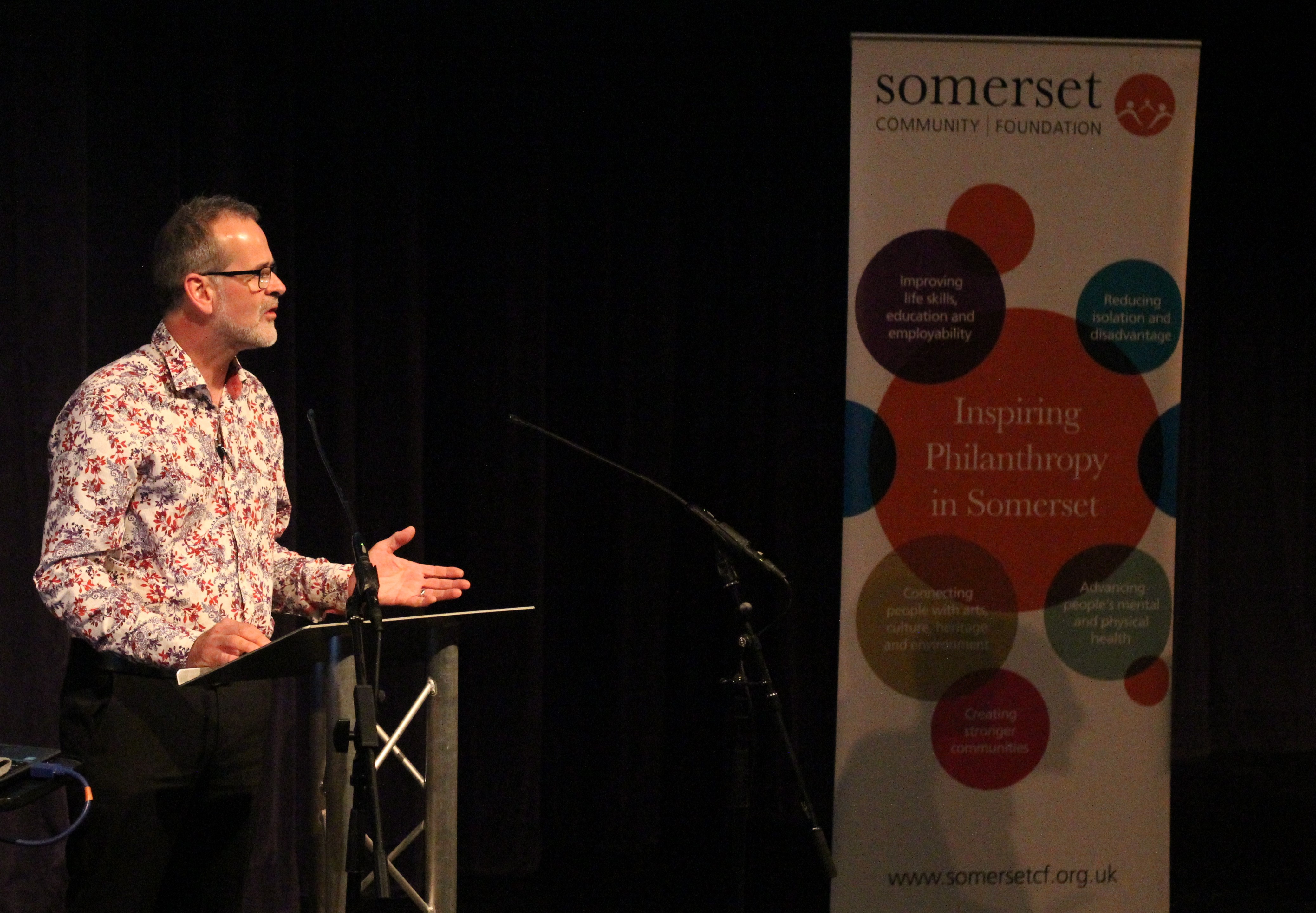 “Graham was just an ordinary person, just like you or me. There was nothing in Graham’s life that should have caused him to end up homeless, feeling helpless and selling the Big Issue on the streets.

However, five years ago Graham’s life, for a number of different reasons, started to unravel. Suddenly, he had lost everything: his job, his home, and he very nearly lost his mind too. A common reaction to a stressful situation is the fight or flight response: fight the threat off or flee to safety? Graham chose to flee. Graham, his cat and a makeshift tent.

Graham spent six months living alone in woodland gradually sinking into deep depression, which was when he first came to Taunton Open Door. We had the privilege of welcoming and supporting him.

Over the next three years we were able to work with Graham as he began to rebuild his life; he rediscovered his place in the community, selling the Big Issue - and he relocated too, upgrading from his make-shift tarpaulin shelter in the woods to a shed. Our role was to be there for him, moving at his pace, giving him emotional, practical and signposting support.

Graham was still scared, though: scared of the responsibility of a house and scared of debt. And so, for several years, he chose a simple life in a shed – and that suited him just fine. Until last year, that is, when a number of unfortunate events once again created the perfect storm for Graham: it rained so much the river flooded his shed; it snowed so much that Graham almost froze; and finally vandals found him and smashed up what was left of his dwelling.

Graham hit rock bottom, and he hit it hard. He was back to square one again, like all those years ago. Once again, Graham found himself in a fight or flight situation. Except this time, Graham chose to fight. And, with the help of funding from Somerset Community Foundation, we could be wholly involved, along with other partner agencies who were also there for Graham.

Graham is now living in a bungalow all of his own, with his budgeting in place and his anxieties allayed. He’s no longer selling the Big Issue: he’s working full-time on the recycling lorries. So, let’s celebrate people like Graham, whose journey we at Open Door have had the privilege of sharing.”