Stoke sub Hamdon Community Village Shop has become so much more than a convenience store to the villagers of the South Somerset village. Lyn Foley tells us how the community pulled together to prevent the loss of their village shop and how, shortly after they opened, it became an essential part of so many people's lives.

“When the previous shop owners announced in late 2019 that they planned to retire, some local residents got together and surveyed every household in the village. The results told us that a high proportion of the community wanted to keep the shop open, so we ran with it, creating a committee and a business plan. 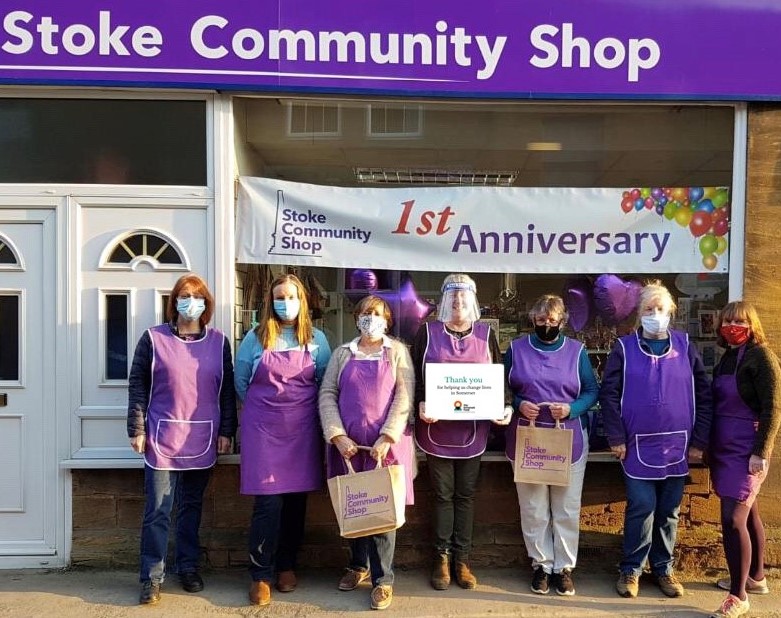 We wanted the shop to be a place that not only enhanced our community, but would reduce isolation and improve health and wellbeing. We wanted to build better community cohesion, encouraging younger people to work with older people, and also inspire a greater sense of pride within our community.

What needed to happen next was a lot of fundraising. We did cream teas, crowdfunding and all sorts of other things to raise funds. We managed to build up enough money through our fundraising and grants to take ownership of the shop, becoming a limited company. The community donated to become members of the shop, and we recruited more than 50 volunteers.

We opened the shop in early March 2020, just before the first national lockdown. Keeping the shop stocked became really challenging and a huge learning curve, as some of our volunteers had to shield due to their age or vulnerability. Some of our remaining volunteers ended up working more than full-time hours just to keep things going.

We've teamed up with the local coffee shop and run various events like VE Day celebrations or charity fundraising days. It has really cemented community support for the shop because we became so essential to so many people’s daily lives - none of us really realised the impact the shop would have and how important it would become to the community.

The grant from The Somerset Fund enabled us to buy our brand new till system which has been invaluable - prior to that the systems were pretty archaic. We also installed air conditioning as we discovered that during the summer the chocolate in the shop was melting and we were losing valuable stock.

It's made a big difference to how people locally feel about the community. It's also encouraged the development of the village, which is now thriving.