The Nelson Trust is a charity that has been operating since 1985, initially providing residential rehabilitation to support people affected by addiction. In 2004 they developed a specialist residential service for women who had experienced trauma or abuse, and now support over 1,200 women experiencing multiple vulnerabilities and complex needs annually from their Women’s Centres in Gloucestershire, Swindon and most recently, Bridgwater. Thanks to our generous donors, the group has received over £460,000 in grants from Somerset Community Foundation (SCF) since 2018.

“The Nelson Trust supports women who are facing multiple and complex needs, such as housing problems, substance misuse, health issues, or those who are involved with Social Services or the Criminal Justice System. We can work in their homes or at a ‘safe space’ in our centre in Bridgwater, where women can access support either 1-2-1 or in groups. We’re also working with other organisations such as SWISH (Somerset-Wide Integrated Sexual Health Service) and Citizens Advice – we’ve created a ‘one stop shop’ for women so that they can easily access the help they need, all under one roof. 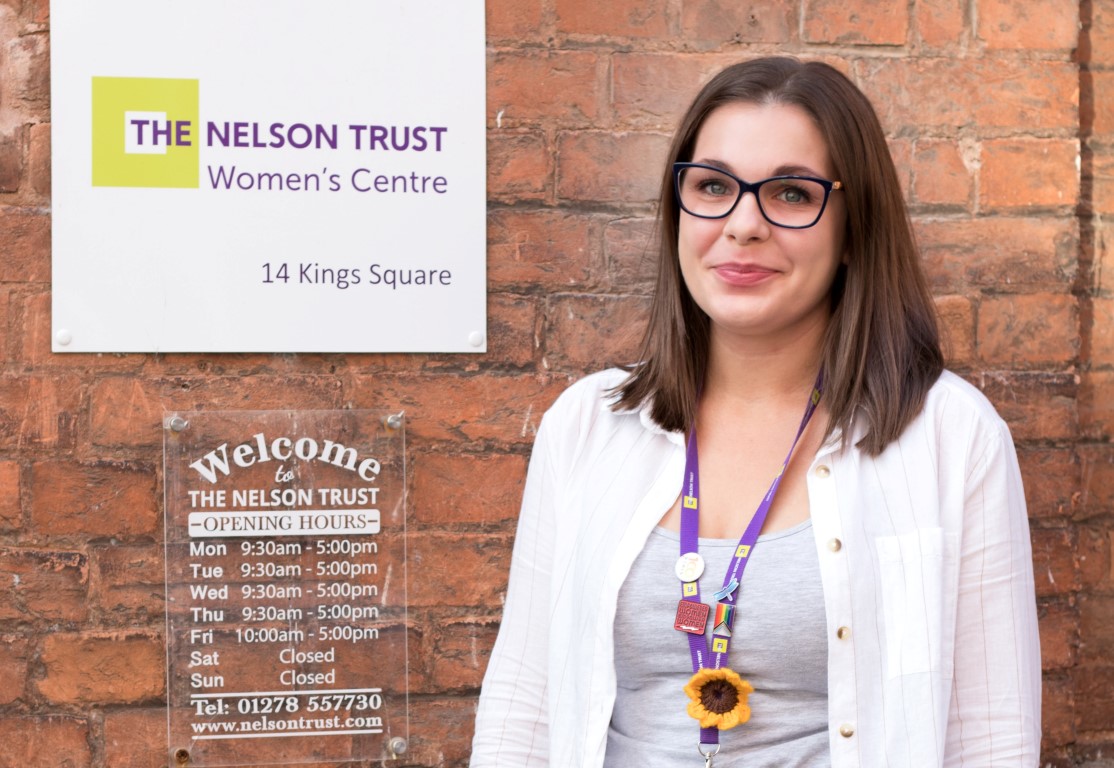 The challenge facing the women we help is a general inequality because of their gender. We see this particularly with women in the Criminal Justice System - a system which was designed by men, for men. Women face inequality from the offset; if a woman is sent to prison, her children are taken into care or given to the grandparents to look after. It’s a very small proportion of children who are looked after by their father in this situation. And then when they come out of prison, these women have lost their homes and their children - because without an adequate home they won’t get their children back.

During the lockdowns we experienced a spike in domestic abuse cases and the need for our support increased dramatically. Before, women would seek help during the day when the men were at work, but in a lot of cases that was suddenly no longer a possibility during the lockdowns, due to people staying at home. Many people lost their jobs due to the pandemic and that also caused an increase in violence.

Our recent large grant from the HPC Community Fund has funded a targeted intervention programme supporting vulnerable women and girls. It focused on the ‘night-time economy’ and helped people working in those sectors to recognise exploitation. Training and educational materials were given to staff in pubs, nightclub owners and taxi drivers, to help them understand the key signs to look out for. More recently we received a grant from SCF’s Move-In Fund which helped enormously. When helping a woman move into a house we were able to use that grant to make that house a home, which increases the chances of her staying in the accommodation. Things like a bed, carpets, a fridge, cutlery – items that we normally depend on getting through donations from the local community.

We’re celebrating International Women’s Day by holding a wellbeing day this year, with a buffet, arts and crafts, and a hair and beauty pampering session. We celebrate women every day. But for the community it’s amazing to have the opportunity to raise awareness and have that spotlight on women for a day.”