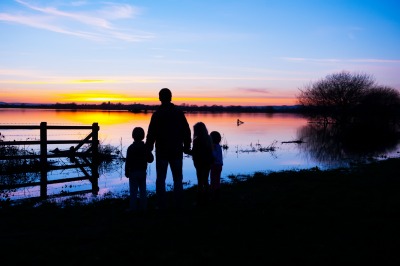 We are delighted to announce the findings of an independent evaluation of our £1.5million Flood Relief Fund, which has found the fund was managed to “the highest standards and, particularly in the light of the pace of change of the crisis, with a level of integrity which exceeded any reasonable expectations.”

The fund, which was launched in January 2014 will be closing in the next few weeks with a final distribution of grants.

The independent evaluation, carried out by industry specialists, South West Forum , praises the Foundation for its administration and delivery of the fund.  In the executive summary they say  “the Foundation took great care in using its own prior experience and the guidance of others in designing and developing the grant applications, their assessment and distribution.”

Evidence gathered through stakeholder interviews and their own research helped them reach the following conclusions:

Organisations interviewed by the Forum said that Somerset Community Foundation “worked hard to be fair and even handed”, “stepped up to the mark” and “did a fantastic job”.

People who received help from the Foundation and were able to return to their homes and livelihoods have also commented. One grant recipient wrote “Thank you so much for your kind assistance, the grant monies has taken a great deal of worry off our minds” and another “You've been so helpful throughout”.

Almost 10,000 donations were processed in the spring of 2014 as the flooding on the levels became a national crisis. The grants team here at Somerset Community Foundation developed a phased approach to grant-making as the fund grew beyond initial expectations, so they could respond to changing circumstances and emerging impacts. Over 1,000 individual grants were awarded to households, businesses and charities in the affected areas. The value of the final grants awarded will exceed £1.34 million.

Justin Sargent said ‘We are very grateful for the generous support of our donors who responded magnificently to the crisis back in 2014. This report shows that the faith shown by them in everyone at Somerset Community Foundation was fully justified and, without doubt, there are people back in their homes tonight and going to work tomorrow thanks to their generosity and the hard work of our staff and volunteers.’.

A small residual amount, less than 2% of the fund, has been transferred over to our Disaster Relief Fund to be held ready for any future disasters, although interest earned on this fund will continue to be used to support the 2014 flood affected communities.

Justin appeared on BBC Somerset on 16th September to talk about the Flood Fund, which you can listen to by clicking here.

Please click here to read the Executive Summary of the report.