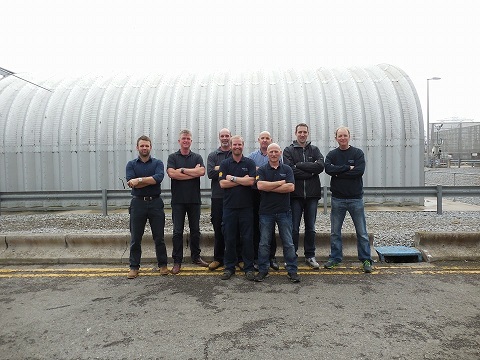 The Elliot's Touch team is taking part in the Three Peaks Challenge on the 7th and 8th of July 2016, and the challenge involves climbing the three highest peaks in Scotland, England and Wales - Ben Nevis, Scafell Pike and Snowdon - in a 24 hour period!

This is a tough physical challenge and will also require support and a minibus to get the team between the different mountains. This dedicated team which includes Elliot's Touch co-founder Paul Stevens, is hoping to raise as much money as possible for the Fund. To add some extra incentive each donation of £5 will give you one entry into the Elliot's Touch 3 Peaks Prize Draw! So if you donate £10 you will get two entries, £15 three entries and so on... The first prize is £300 in Sainsburys vouchers and the second prize is worth £50, keep checking back on the Elliot's Touch social media pages for more details.

Elliot's Touch was set up in memory of Elliot Stevens after he very sadly lost his battle with mitochondrial disease in spring 2015, and is a fund administered by Somerset Community Foundation. The fund aims to raise awareness of mitochondrial disease and cardiomyopathy and encourage others to support this cause