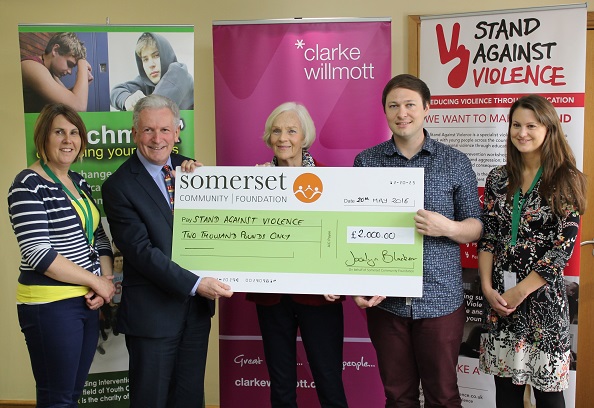 Stand Against Violence (SAV) was established in 2005 in response to the murder of 17 year old Lloyd Fouracre who was beaten to death in Taunton by a group of drunken youths.  Having originally campaigned to get more police on the streets it has now developed into a successful anti violence education charity. SAV were awarded a £2,000 grant in February of this year from the Benchmark Fund and the Clarke Willmott fund.

The money awarded through this grant will fund a number of free workshops to 10 youth organisation across Taunton Deane to tackle issues of violence and antisocial behaviour.  It is hoped that funding availability will allow this project to develop a generational change in the community.

A teacher whose students took part in one of SAV's workshops said :

"It will make them think a lot more about the sort of person they are, the kind of behaviour they have, and maybe as well if there are any sort of difficult situations like at home or with people that they know, they understand a little bit more about what they can do, where they can go to if there’s anything that they’re concerned about."

Pictured (from left to right) are: