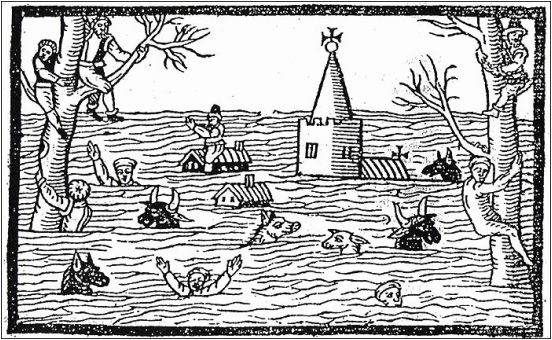 When Mary Stirling of Somerton came across a wood engraving depicting The Great Flood of 1607, she was inspired to adapt the image for needlepoint. Crafty by nature and a needlepoint enthusiast, she follows in the footsteps of Mary Queen of Scots, who also made her own patterns based on original wood engravings.

The Great Flood of 1607 was likely caused by a tsunami or storm surge from usually high spring tides. On a fine winter morning in January a great wall of water rose up out of the River Severn and engulfed vast areas stretching from Caardiff and Newport in Wales to Langport on the Somerset Levels. It was said to have travelled "faster than a greyhound could run," bringing devastation to livestock and the local popultaion, with waters flooding the countryside to depth up to 8 feet.

Mary's embroidery scene is an adaptation of a wood carving contemporary of the floods, which depicts an inundated church steeple, livestock and people floating in the waters. Now, just in time for Christmas, she is selling kits with everything needed to make your very own historic needlepoint picture to commemorate this epic event in Somerset's history. All sales benefit Somerset Community Foundation. 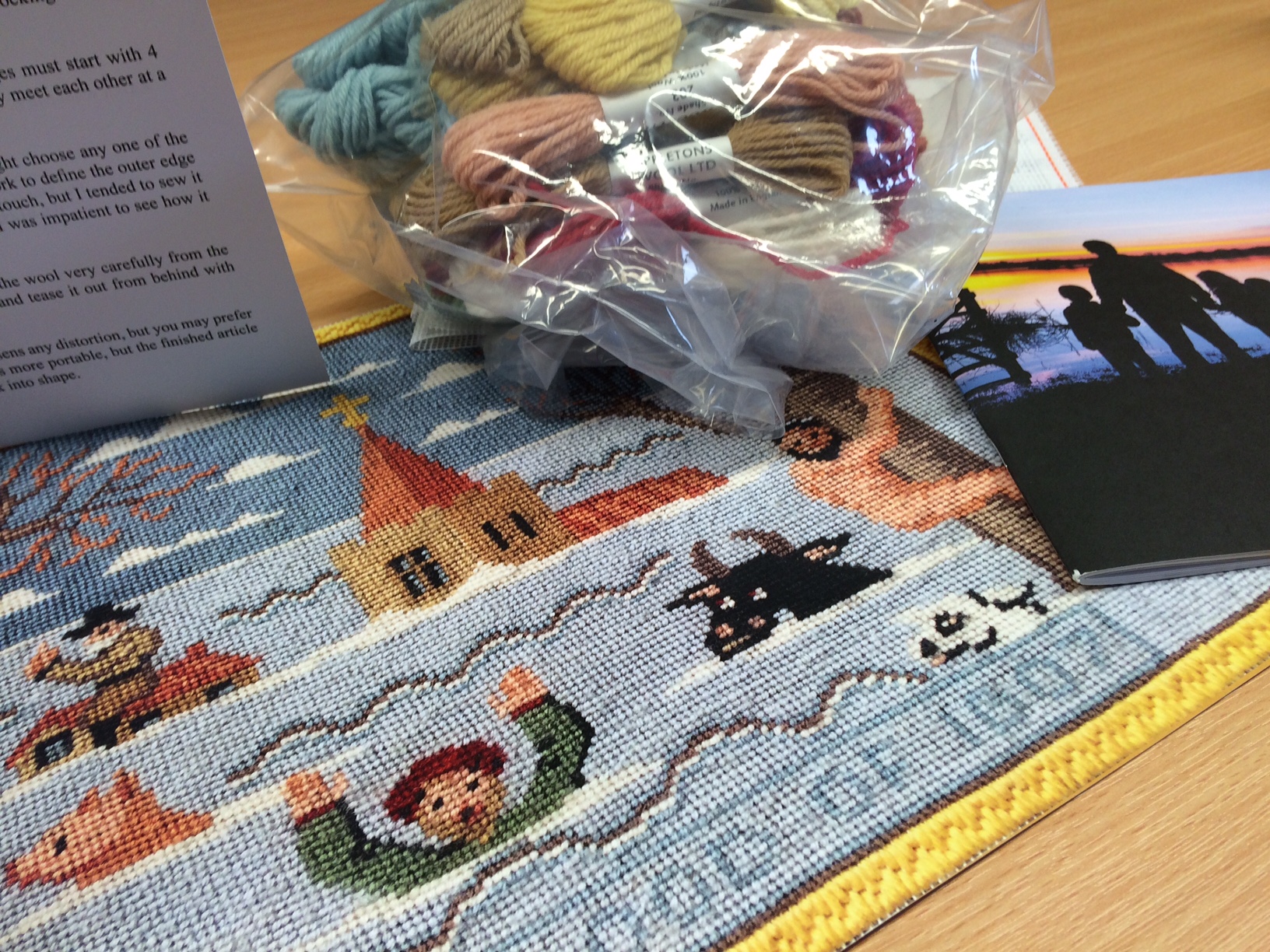 Kits cost £50 plus extra for postage and include instructions, tapestry wool and a printed canvas. Photographs of the completed sample cost only £5.