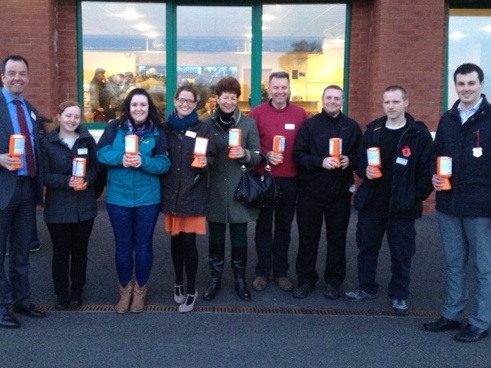 Bob Young, Chief Executive of Taunton Racecourse, invited the Foundation to take up the collection for flood relief last Wednesday after the final race of the evening. The Foundation's trustees were joined by employees of Francis Clark's Taunton office. The chartered accountants, who chose Somerset Community Foundation as their charity of the year in 2013, have already raised money through various fundraising events such as a 150 mile cycle ride.