Somerset Community Foundation has awarded its first Youth Social Action Fund (YSAF) grants to four Somerset community groups. The YSAF is part of the national #iwill fund which encourages young people to engage in social action - such as campaigning, fundraising, and volunteering. The groups that have benefited from the first round of awards are: The Wells City Football Club; Ilminster Entertainment Society; Action Track in Taunton; and The Taunton East Development Trust.

Link Power are a voluntary organisation run by the Taunton East Development Trust. Their primary function is to break the cycle of unemployment in the Halcon Ward, which currently sits within the top 4% for depravation in the country.  The YSAF grant money will be used to support and develop one of their volunteers. 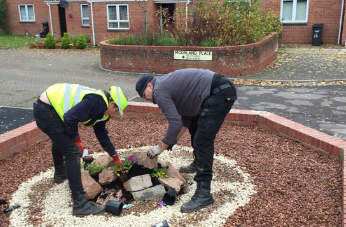 Paul Johnson from Link Power, said: “We are a community-led project running entirely on charitable contributions and funds can be very hard to find. Our project has grown substantially over the past two years and through developing one of our volunteers we are able to free up more time to help others.”

Volunteers assist with monthly litter picks for young people living in the area, and Paul explains that with additional funding the project can be further developed, allowing the group to engage more with local families, with the ultimate ambition of returning many back to employment and improving lives.

Ilminster Youth Theatre, part of the Ilminster Entertainment Society, puts on its own productions as well as taking part in the ‘grown up’ shows. The YSAF grant money is being used to create fundraising opportunities for the young people who use the theatre, with a view to raising enough money to purchase the building next to their existing theatre.

Kate Murdoch from the group explains: “The Youth Theatre has become so popular that we now have 14 or 15 children waiting to join the group – we just don’t have the room for any more at the moment! Our target is to raise £100,000 and each young person has been given £10 with the aim to grow that money in whatever way possible.”

Some of the young people have written to celebrities asking for a donation or a signed photograph for auction and the cost of the stationary and stamps has come from the funding. Other fundraising activities have included car washing, dog walking, and fudge and toffee making.

Power Through Music is a new project launched by Actiontrack and aims to develop the skills, confidence and ability of disadvantaged young people by providing music making workshops which enable young people to articulate their thoughts and concerns about the world through music. 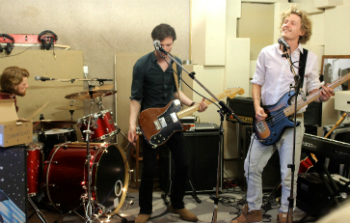 Nick Brace further describes what the project aims to do: “These outreach workshops will empower young people to find ways to improve their worlds and the lives of people in their community, bringing together young people who have never made music together before. Alongside these creative workshops we will deliver three masterclasses in community activism which will teach and develop the young people's capacity to research, develop and campaign for improvements to their community.”

At the end of the process the young people's compositions will be professionally recorded in Actiontrack’s recording studio and uploaded to an online music platform. The young people will also have the opportunity to perform their new compositions live to those who make decisions for their community.

Wells City Football Club’s youth section is run entirely by volunteers and benefits over 250 young people in Wells and the surrounding areas. Funding has been granted to pay for eight young footballers to take a FA referee course. 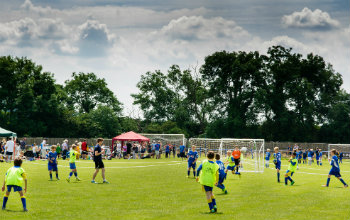 David Hiscox, from Wells City FC says: “The young trainee referees will learn the core values involved in refereeing, as well as keeping fit and active. The funding will also enable young footballers in the local area to earn referee fees with opportunities to referee local teams, as well as university and other adult teams.”

The project will benefit the majority of junior members as currently, the club does not have enough qualified referees. The cost of taking a refereeing course is beyond the means of most young people, however, the FA qualification could ultimately lead to becoming a professional adult referee.

The #iwill fund, coordinated by the charity Step Up To Serve, is made up of a £40 million joint commitment by the Department of Culture, Media and Sport and Big Lottery Fund and has been launched to help increase the number of young people taking part in social action, which can develop the skills and knowledge of young people that employers look for. The #iwill fund is supported by match-funding from UK Community Foundations.

Currently, four in every ten young people regularly engage in social action.  The #iwill campaign has been launched to increase this to at least six in ten 10-20 year olds taking part, by the year 2020. Projects can last up to one year or be one-off events, and repeat funding is a possibility. The next deadline to apply for a grant from the Youth Social Action Fund is Friday, 11 August. For more information or to find out how to apply, click here.