Somerset West Lottery’s Local Community Funds have awarded their first round of grants, with £13,765 distributed to community groups and sports clubs across Taunton Deane and West Somerset.

Administered by Somerset Community Foundation, on behalf of Taunton Deane Borough Council and West Somerset Council, the Local Community Funds were set up to support community projects with the proceeds raised by the Somerset West Lottery.

Among the groups to receive grants were the Blackbrook Friendship Club who were awarded £550 towards clubs and outings for isolated older people; Minehead Street Pastors who were awarded £500 towards pastoral support for students at West Somerset College; and Nynehead Jubilee Playing Field Management Committee who received £400 towards a cycling and walking track. 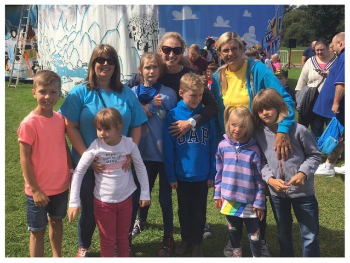 Cllr Jane Warmington, Executive Member for Community Leadership at TDBC, said: “Somerset West Lottery raises money within the community for the community, giving people in Taunton Deane and West Somerset the opportunity to support the causes they care most about while still being in with a chance of winning something themselves!”

Cllr David Westcott, Lead Member for Customer and Community at WSC, said: “The National Lottery donates 28% to good causes – we’ve more than doubled that amount. Furthermore, every ticket has a 1 in 50 chance of winning a prize.”

A ticket for the weekly Somerset West Lottery costs just £1, with 60p going directly to good causes, and the jackpot is an impressive £25,000. Players can choose to either support a named local good cause or award their contribution to one of the Local Community Funds, which is then open to applications from charitable and community-led groups in the area.

Tickets for the Somerset West Lottery can be purchased online here.

The Local Community Funds will re-open for the second round of applications from groups later this year.

The first groups to benefit from the funding are:-