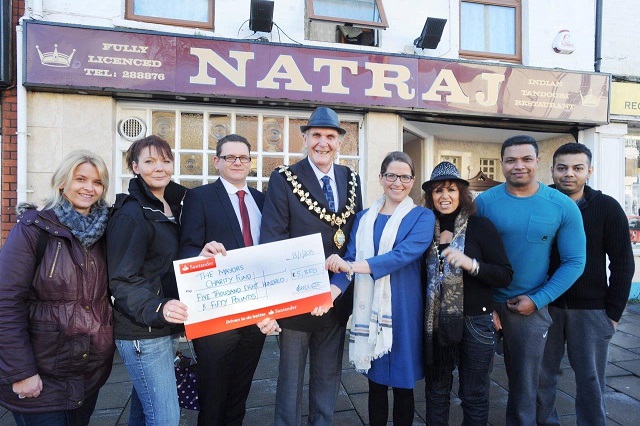 Over the two events, £2,925 was raised, which was generously match funded by Santander to bring the overall total to £5,850. Kevin said “We were delighted that both evenings sold out, and on behalf of Santander I want to thank everyone that attended, both friends of the Mayor and local business people.”

Mayor Durdan said "I want to extend my sincere thanks to Kevin and his team at Santander for match funding the Mayors charity which is helping the community of Taunton Deane. I also want to thank Morrison's in Taunton for donating the wonderful raffle prizes."

The next supper will be held on 11th February, so if you are interested in attending please contact the Mayors office for more details 01823 356 391 or email j.miller@tauntondeane.gov.uk.